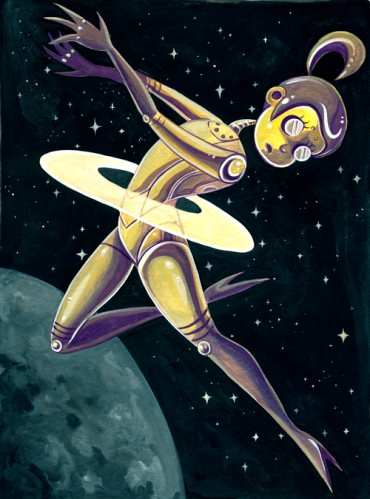 I’ve helped to fund several literary projects through Kickstarter, a crowd-funding site for the arts. Kickstarter describes the company’s mission on their website:

The projects I backed include publishing a board book for children, publishing a comic book, and supporting a literary journal seeking new equipment. Some of the perks for funders are fairly interesting–from copies of books to art.

For the first project, in exchange for supporting production costs, I received a copy of Melissa Mariko Kieselburg’s comic book Edit, a 29-page comic book about robots and self-discovery, along with original art from the project and custom buttons. I really enjoyed her art and wanted to own some of the original artwork as much as I wanted to read the finished comic book. The goal for her fundraising was $2,000, and she exceeded it.

The second project (still in final proof stages) is a board book for children, Are You My Typeface?, by Jesse Austin-Breneman. The funding goal for this project was $15,000. Here are two photos of the mock-up: 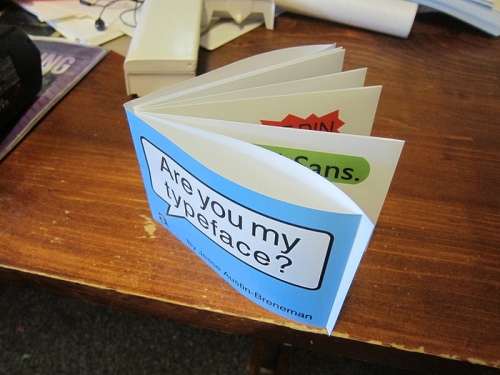 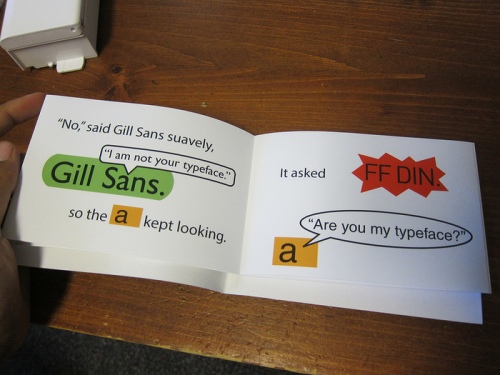 Are You My Typeface? will be printed and delivered next month. It’s not just a book for children. I’m attracted to it because it seems to preserve a small piece of the printing industry that existed prior to digital technology. Typefaces are still critical in graphic design, but many children don’t think about how variations in typeface can convey meaning.

I’ve seen some books do really well with funding. I’m not affilitated with Kickstarter, but it has been entertaining to support worthwhile creative projects.

More about Jesse and his book project here and here.